How to Install Optical Audio Cables

What is a digital optical audio cable?

The digital optical cable is a fiber optic cable that uses pulses of light to transmit a digital audio signal. Unlike other audio cables, including RCA and digital coaxial, which use a more traditional method consisting of electrical impulses through a conductive cable, the optical cable uses the light pulses on and off. Many times the optical cable is identified as a TOSLINK cable, which means Toshiba LInk, indicating that it was Toshiba who introduced it to the market. The most generic label for the standard of this optical interface is EIAJ.

A digital cable is necessary to carry the digital audio signal necessary for surround or surround sound systems. The optical cable is one of the options for this transmission and is generally considered somewhat superior to the other main option that is the digital coaxial connection.

When connecting two components through an optical cable, make sure each component has an optical terminal. To connect them, simply remove the plastic tab from the terminal and connect the cable to the terminal. You will notice that a small flash of red light is emitted when you remove the tab. This red LED light is responsible for transmitting the audio signal.

Fiber optic cables are composed of a core and an outer layer called a coating. The refractive index of the core is higher than the index itself in the coating and, when a light signal is introduced, the light will be reflected and will bounce again and again at an angle in the nucleus and thus travel through the cable, carrying the information contained in the signal.

In addition to being used in home theater and audio systems, digital optical cables are used in other uses such as the audio and navigation system of a car, as well as in the automation of factories and offices.

An optical cable is not subject to electrical or radio frequency interference as a copper cable is. However, an optical cable can have difficulties in the transmission if there are bends in the cable, especially if they are angled, since its successful transmission depends on the light.

Types of audio and video cables

One of the most commonly used audio and video cables is the RCA or composite cable, which is generally used to connect electronic equipment such as game consoles, VCRs, DVD players and other devices to a television. As with many audio and video cables, the RCA cable has what are known as pins or connectors at the ends of the cables. The connectors are yellow, white and red, so the user can differentiate where each connector goes within the configuration scheme. The yellow connector transmits the video signal, while the others transmit the audio. Although RCA cables provide adequate standard definition image quality, other types of cables provide superior quality images.

Another well-known and widely used audio and video cable is coaxial cable. It is possible that coaxial cables are the most frequently used cables for digital audio equipment connections. This type of cable transmits radio frequency signals. The coaxial cable consists of layers with an internal core, an insulator, a shield and an outer cover. The purpose of having these layers is to limit the electromagnetic field produced by the signal to the interior of the cable. This reduces the amount of electromagnetic interference through the cable.

How to install optical audio cables

Most audio cables use a connection that transmits electrical signals. But optical audio cables use an optical fiber to transmit light information. This makes them immune to electrical interference. These cables (also called TOSLINK or EIAJ) have a high quality and are a good alternative to traditional audio cables. They have the advantage of being easy to install. As they have the ability to transmit digital information, they are usually the most used to make connections from digital audio devices (such as a DVD player) to home theater systems(or what is called "home theater"). Usually this type of cables uses an S / PDIF protocol (Sony / Philips Digital Interconnect Format), which is a digital signal communication format.

Remove and then store the plastic protector on the end of the optical audio cable.

Connect a cable terminal to the port labeled "Optical In" or "Digital In" on the receiving device. You will hear a click that will let you know that you are connected securely.

Connect the other cable terminal to a port labeled "Optical Out" or "Digital Out" on the source device. You will hear a click that will let you know that you are connected securely.

Turn on both devices if they are not already on.

How to remove an optical audio cable

Optical fibers are very thin glass strands used for direct light. These fibers are bundled together and used as fiber optic cables to transmit images and data. Many audio devices have optical audio cables to move the audio information from one unit to the other. If you have an audio system configuration with optical cables, you can easily remove the cables if there is a need for repairs, upgrades or replacement.

Flip the first device from which you want to disconnect the optical cable. You should try to get as much access as possible to the cable.

Locate the optical cable you want to remove. If you have more than one optical cable connected, make sure you are removing the correct one or you will disconnect a different device.

Grab the head of the plug and pull it gently to remove it from the port until it comes out. If you find some resistance, the plug can have clips holding it; therefore, squeeze the sides of it and pull again.

Wind the cable and go your way to find the port where it is connected at the other end. Do not throw while you roll it up or you can knock down the second device.

Turn the second device so you can reach the ports on the back and remove the optical cable. Use the same technique you used for the other end of the cable. 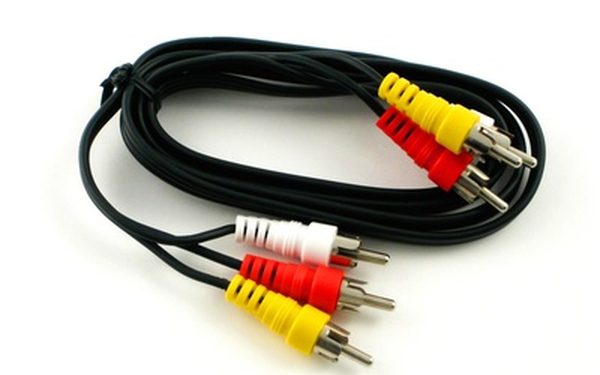